Welcome to Shannon Muir’s author site, where you can find out about her works in New Pulp, mystery, crime, and other genres. Find out more about Shannon Muir!

From the publisher’s press release…

JAZZ, BETRAYAL, AND MURDER FROM THE MIND OF A PULP LEGEND-‘CHARLES BOECKMAN PRESENTS ‘THE DEATH OF BUDDY TURNER’ DEBUTS

In July of 1955, JUSTICE Magazine printed a story by Charles Boeckman called “A Hot Lick for Doc,” featuring a skid row bum named Jim “Doc” DeFord and a woman whom he befriends named Sally Garcia set in the Latin quarter of Corpus Christi, Texas. “Doc” DeFord was once the great jazz clarinet player Buddy Turner, and he gets bus tickets to take himself and Sally back to Los Angeles where he’s from and where Buddy Turner made it big.

Pro Se Productions proudly announces the release of the next chapter in the tale of two characters crafted by one of Pulp’s best scribes, Charles Boeckman, in CHARLES BOECKMAN PRESENTS DOC AND SALLY IN THE DEATH OF BUDDY TURNER by Shannon Muir.

THE DEATH OF BUDDY TURNER sees Doc and Sally arriving in Los Angeles, and Doc carrying the clarinet of a dead young player to whom he made a big promise.

Jim Turner DeFord comes back in hopes of reclaiming his life and career as Buddy Turner, only to find his wife has filed paperwork to declare him dead and get control of whatever music rights remain. Doc is determined to find out what is really going on, even as he learns people from his past are out to kill him.

Even worse, the jazz scene he knew from Los Angeles has changed. Now the big things are happening down by Hermosa Beach and not so much in the city. As Jim “Doc” DeFord, he and Sally manage to get jobs working in the up and coming jazz club. “Doc” struggles if it is worth letting people know that Buddy Turner is alive and kicking, or safer to leave the past buried in the past and start over with Sally in a new life. Problem is, Sally Garcia doesn’t know he and Buddy Turner are one and the same. Though she’s stuck with him through the rough times, will she still be there once she finds out who he really is?

Available on Kindle or in print.

FOR MORE INFORMATION ABOUT CHARLES BOECKMAN, SEE THE BLOG TOUR FLASHBACK ON THIS SITE.

On March 4, 2023, beginning at 10AM Pacific Time, Toastmasters 4 Writers is hosting a panel of authors who will discuss the value of public speaking for writers!

SHANNON MUIR BRODEN
Shannon, who writes under the name Shannon Muir, is the author of the brand new jazz mystery Charles Boeckman Presents Doc and Sally in “The Death of Buddy Turner” from Pro Se Press.
Shannon previously served on the board of Sisters in Crime/Los Angeles as its webmaster and Speakers Bureau Director. Shannon is currently Secretary of Toastmasters 4 Writers.

ELLEN BYRON
Ellen Byron’s Cajun Country Mysteries have won two Agatha Awards and multiple Lefty Awards. She also writes the Vintage Cookbook Mysteries, the Catering Hall Mysteries (under the name Maria DiRico), and will debut the Golden Motel Mysteries in 2024. Ellen is an award-winning playwright and non-award-winning TV writer of comedies like Wings, Just Shoot Me, and Fairly Odd Parents. But she considers her most impressive credit working as a cater-waiter for Martha Stewart.

MATT COYLE
Matt Coyle is the author of the bestselling Rick Cahill crime series. His books have won the Anthony, Shamus, Lefty, Authors on the Air Book of the Year, Ben Franklin Silver, Foreword Reviews Book of the Year Silver, and San Diego Book Awards. He was named the Mystery Writer of the Year for 2021 by the San Diego Writers Festival.

WANT TO READ OTHER WORKS BY SHANNON MUIR?

Works in New Pulp, SF, and Fantasy – including short stories in anthologies from Pro Se Productions

SHANNON MUIR’S THE PULP AND MYSTERY SHELF: THE SHORTS FROM THE SHELF COLLECTION and THE INFINITE SHORTS COLLECTION

Shannon Muir is also listed in WHO’S WHO IN NEW PULP from Airship 27 Publications! 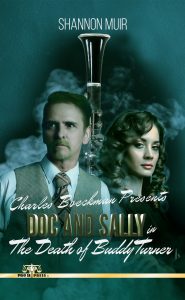 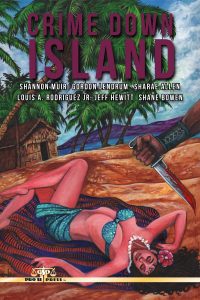 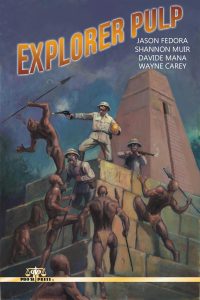 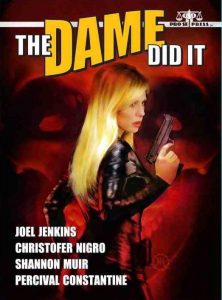 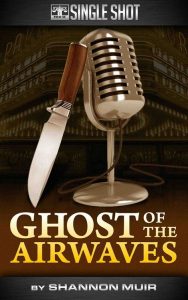 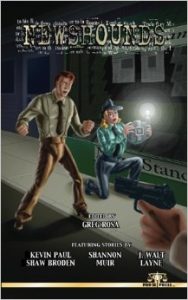